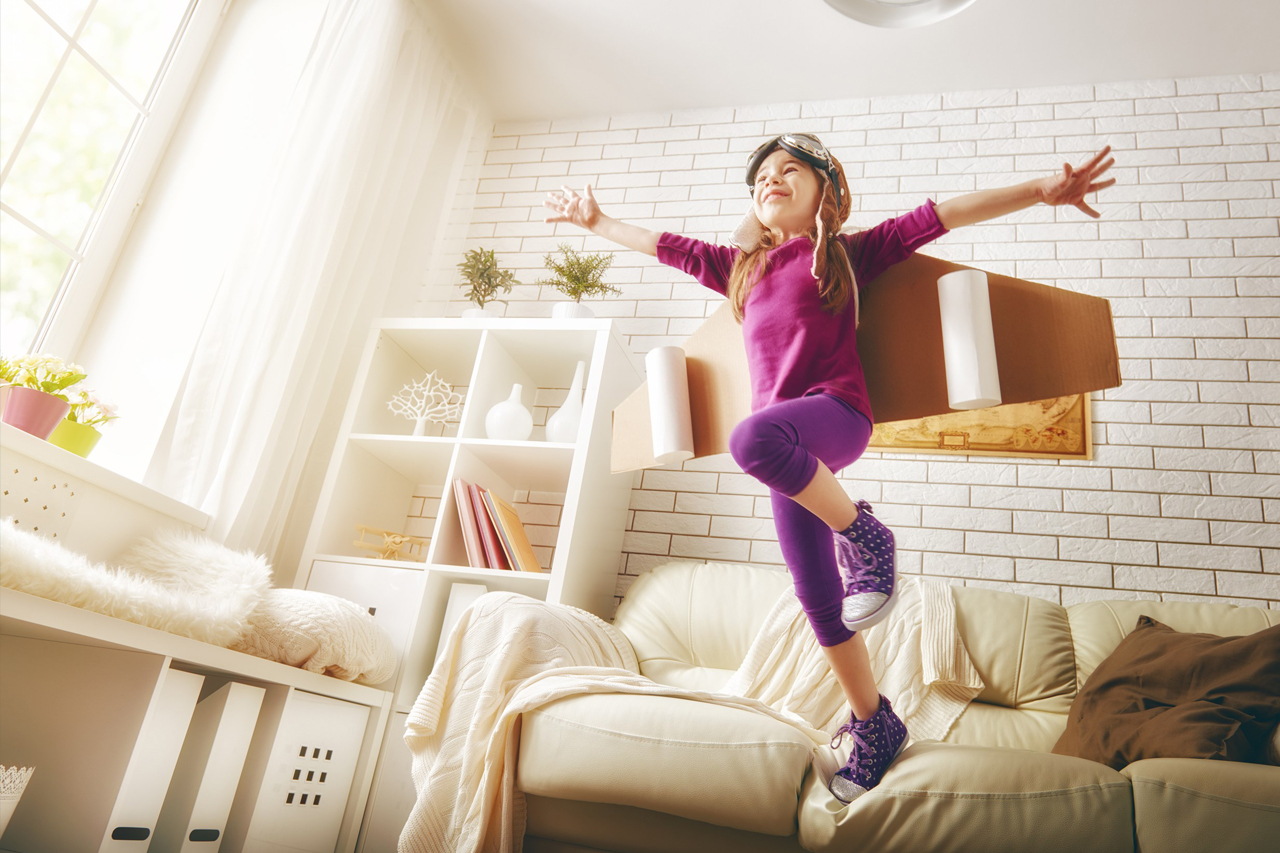 The importance of play in early childhood development is increasingly being brought into the spotlight. Why is this?

The world is suffering from an epidemic of performance and the expectation of children, from an early age, to be “school ready”. What does it actually mean to be school ready? Does it mean that your child should be able to regurgitate the alphabet and count up to 10? To recognize their letters and numbers and hold a pencil correctly by the age of 4?

It is not to say that these things are unimportant, however, to simply be able to recite the alphabet without any understanding of what the letters mean is not very helpful at all when it comes to the big jump into ‘big school’. There is increasing pressure to kick start your child’s education as soon as possible; from playing classical music in the womb to tutors for 3-year-olds.

So, with all that is available to parents to entertain and stimulate their children, why is it that a child will naturally gravitate to the empty cardboard box rather than the developmental toy with all the bells and whistles.

The answer; Children are experiential learners. Children strive to understand their immediate environment, the things that they observe in their daily life and experience through their senses. Let’s take the example of the box. Through observing and interacting with the box in which an item arrived, a child learns concepts such as prepositions (‘in’ and ‘out’), shape (‘rectangular’ or ‘square’), creativity through turning that box into an imaginary car or a teddy bear house.

A child that climbs a tree feeds their gross-motor coordination, their awareness of their body in space and, should they fall, they learn about gravity. Learning through play creates a sense of purpose to learning rather than learning for the sake of it. Children need to be able to apply their knowledge in order to understand it. A child may know the alphabet song but can they tell you something that starts with a ‘b’, can they establish the connection between what they know and how to apply it? From an adult perspective, consider how you would have felt if someone had simply told you how to drive, how the clutch and the gears work, and then simply expected you to be able to drive a car.

Albert Einstein himself; considered as one of the most intelligent men in the world stated that imagination was more important than knowledge. He saw that our greatest discoveries and most profound works of art and intellect were established through the process of imagination and play. In a child’s imagination, everything is possible, there are no limits to what can be created. Is this not what we want for our children? To believe that anything is possible and that they are capable of so much. 18th and 19th-century theorists such as Carl Jung, Jean Piaget, and Abraham Maslow have all made some claim to the importance of play. Not only for learning but also for emotional wellbeing.

What happened in the 21st century? Why are we seeing such a lack of imaginative play in our young children? In my practice over the last few years,  I have witnessed numerous children who are unable to tap into their imagination, to create something out of nothing or even something out of something. For me, this is a rather scary thing to witness. As adults, we associate ‘play’ with children, as a childish action and yet, our children are struggling to play. Today play is regarded as a reward, a treat, something trivial that should only be experienced once the more ‘important’ things have been completed.

As a society, we have become ‘colourless’. We no longer view the beauty and teachings of the basic things around us. To enjoy the feeling of simple play without expectation of achievement or an end goal. We no longer play with glitter and glue because we cannot tolerate the mess or the risk thereof. The negative remains the focus rather than the creation of something magnificent in the process and the sense of achievement that comes with it.

We need to shift the perception of play as a privilege to play as a necessity.

I urge parents, to take a moment to reflect. What were your favourite childhood games, what did you learn from them? Through art did you discover new colours? By creating ramps for bike riding did you learn about gravity? And then, answer this question; has your life or what you learnt in school taught you the most? And perhaps, when you next observe your child in play, before reacting to the mess or the risk. Take a moment to note what they may learn in this moment. Another very important result of play is the development of internal motivation and interest. If you want children who are motivated and interested to learn, this will be best achieved through play and practical experience. Comic books can be one of the best ways in which a child learns to read. Not “Meg the Hen”. Perhaps your child does not care about Meg but rather cares about what happened to Spiderman in his last encounter.

They removed the cleaning compounds, added some colour and some scent and today we have one of the most iconic toys of all times. Children have the greatest potential if we allow them to tap into it. Their brilliance is just waiting to be unleashed if we can put our own expectations aside and be willing to be a humble observer of their magnificent unfolding through play.

Lauren is an Educational Psychologist in private practice. She believes that psychological intervention is a shift in perspective and understanding; allowing us the opportunity to see the wonder and goodness within ourselves and our children. She strives to adopt a holistic perspective; working with children, teachers and parents to, best understand the key areas of development and its associated behaviours.

She is passionate about finding a solution that is unique to each child’s specific needs. She loves working with individual children, however, the significant influence that parents and teachers continue to play in school achievement and emotional development means she often finds herself working more with adults. She believes that better cohesion and support of all stakeholders involved in the overall well-being of a child is vital. Therefore, she has chosen to work more closely with parents, supporting them through Psycho-Educational support so that they can best support their children through their development.

We are so proud to share this article written by our resident educational psychologist and play therapist, Lauren Dace. Play is so important