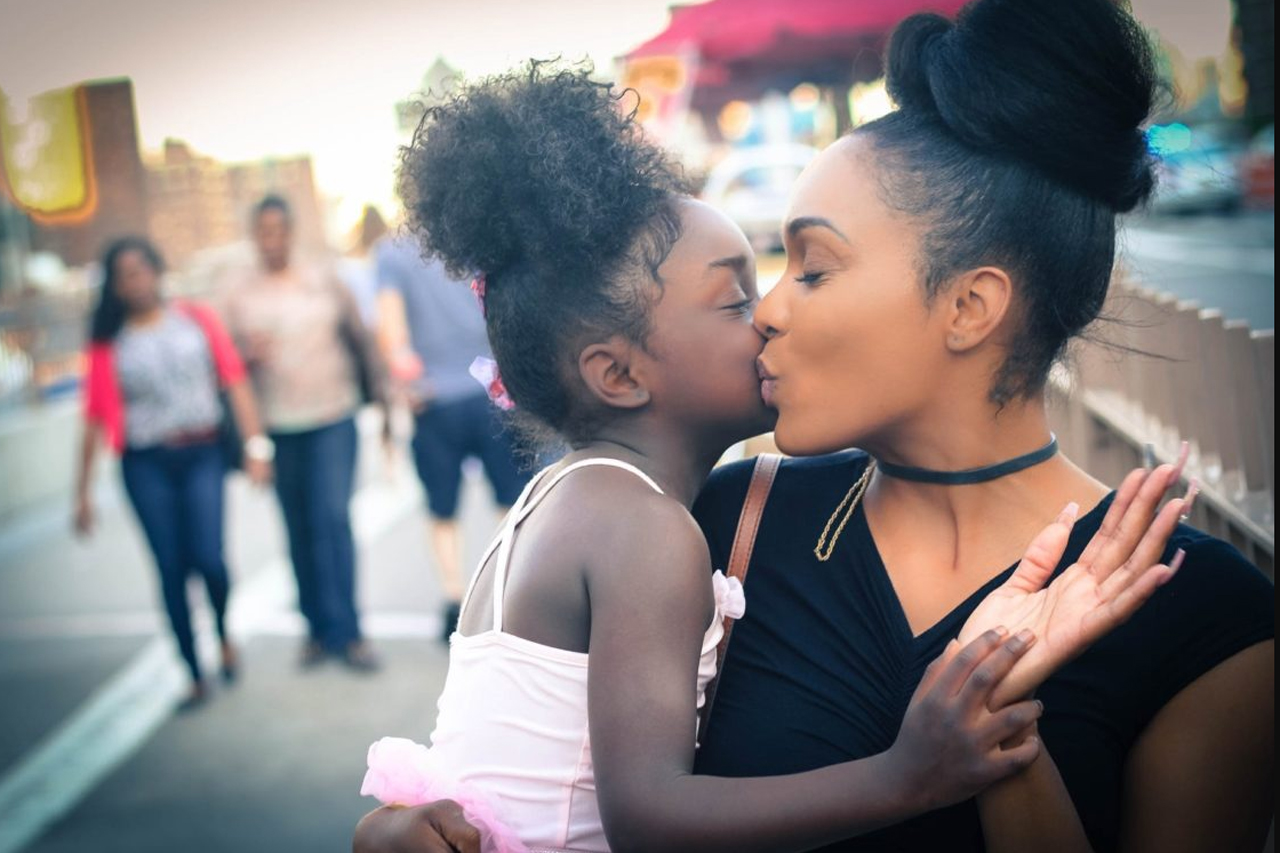 A single mom’s parenting duties are no different than they are for a married one — except that you’re on your own. Here are some of the biggest worries of new single moms, and a few words of wisdom to help you overcome them.

When my daughter, Mae, was 7 months old, her father and I split up. He left the country — without saying goodbye, I might add — to start a new life. I was a hormonal, heartbroken 28-year-old, and in between work hours spent editing textbooks, I nursed Mae and mashed up baby food.

That first year was chaos. It didn’t help that there were no single-mom role models in my life — except, say, Madonna, who was also parenting solo at the time. If she can do it, I can, I used to think, but I hardly had a superstar’s life. Fortunately, I had a fantastic group of friends who helped. Maybe none of them knew exactly what I was going through, but they babysat and showered Mae with love, which I appreciate to this day.

After a time, I got back on my feet and ventured out. And what did I see? A lot more single moms than I had ever noticed before. In fact, the birth rate for unmarried women was 41 births per 1,000 between the ages of 15-44 in 2017, according to the Centers for Disease Control. One caveat: Statistics don’t tell how many single moms are with a partner (and choosing not to get married), how many live with family (so they have some help around), and how many are truly alone. But the point is, there are a lot of single moms out there.

Day-to-day duties for a solo parent are no different than they are for a married one: coping with sleeplessness, finding child care, paying bills. But… you’re on your own. Even so, single mothers agree that even when overwhelmed, there’s usually a way to work out problems.

Here are some of the biggest worries of new single moms, and a few words of wisdom.

Am I Up to the Challenge?

The short answer is yes. The longer answer is that parenthood is the biggest undertaking you’ll ever face. But that’s true even if you’re married! You will get past the fear.

“You can survive this, or you can lie down and die,” is what Christina Ann Zola, of Washington, D.C., told herself when she and her husband split up. They’d moved out of the country and had a baby, and then their marriage fell apart. Zola returned to the U.S. with a toddler, four suitcases, and four hundred dollars. “My life has been this series of ‘oh, that was hard’ crises, but I just keep going,” Zola says. “You can’t let things stop you.”

One way to calm yourself: take life one step at a time. Concentrate on giving birth, then caring for a newborn, then looking for work and daycare. “Forget long-term planning or strategy during those first sleep-deprived weeks,” says Leah Klungness, a psychologist in New York City and coauthor of The Complete Single Mother. “You have the rest of your life to plot and plan.”

You’ll still have fears, of course, so confide in friends and family who give you sound advice and who don’t panic. The fact that her mother was calm about her pregnancy lowered the stress for single mom Kali Kimberlin, of Pittsburgh. “When I started to get scared, she’d say to me, ‘It will all work out,'” says Kimberlin, who gave birth to daughter McKenna Grace in April. “And she was right.”

Can I Support Us?

There are single moms who get reliable, substantial child-support payments from the baby’s father. But if reading that sentence makes you laugh ruefully, you’re probably one of the majority of women who have become the breadwinner.

“My son counts on me and only me,” Zola says. She was smart — and fortunate: When she first moved to D.C., she explained her situation in a note that she posted on an Internet Listserv for city residents. “One single mom wrote to say that we could stay with her, and another offered clothes,” Zola remembers. But the real boon was when a mom forwarded Zola’s resume to an architectural firm, which hired her for her current job. “I’m the go-to girl for the CEO,” she says.

Amy Anderson, of Seattle, says that when she split with the father of her daughter, Hailey, soon after Hailey’s first birthday, she had to borrow money from her family to stay afloat. But she had taken a computer course when she was pregnant, and even though her preterm labor prevented her from finishing it, she parlayed her new skills into a contracting job with Intel. “Having Hailey was my motivation to make it happen,” she says.

There will be days when working — you have no choice! — will fill you with resentment. Zola, who sometimes works 60-hour weeks, fights frustration by reminding herself what a good model she is for her son. Lesley Grider, of Milwaukee, agrees. She works full-time at a healthcare organization while her 2-year-old stays with Grandpa. “The best thing I can do for my daughter is show her how to be a strong, resourceful individual,” Grider says. Her work ethic has paid off: She just bought her first home. “I’ve found an incredible source of independence and strength through this situation,” she adds.

Will People Look Down on Me?

Divorce  and birth out of wedlock don’t have the stigma that they did in earlier eras. How could they, with half of all marriages ending in divorce and a third of all births happening outside of marriage? Statistics are not a cure-all, though. “I can’t think of one single mom — myself included — who didn’t worry a bit,” says Darla Rainford, of Eagan, Minnesota.

Be prepared for any number of uncomfortable situations, from disapproving grandparents to gossiping coworkers. You may grow distant from some friends while drawing closer to others. “Surround yourself whenever possible with emotionally generous and secure people who boost your confidence,” Klungness says.

How to keep your head high if people are judgmental? “Sitting at home with only your child for company isn’t going to help,” Klungness says. You may benefit from a new-moms group; search the Internet for ones in your neighborhood, or look for bulletins in local stores. Mingle at a library story hour or a Gymboree class. I never imagined I’d be checking out women’s left hands for wedding rings, but I’ve done it!

Will Baby Be Okay Without Dad?

There are as many variations on paternal involvement as there are fathers. Your child may see Dad all the time, or Dad may be out of the picture — or anything in between. It’s up to you, of course, to make your child feel loved no matter what.

“A well-balanced child tends to be raised by at least one attentive parent or guardian who can mediate stress and not play the role of victim,” says Mikki Morrissette, a single mom of two in Minneapolis and author of Choosing Single Motherhood (choosingsinglemotherhood.com).

“My anger is my own,” muses Anderson, whose daughter, Hailey, is now 7. “My daughter will have issues with each parent one day. I don’t need to add fuel to that.”

“If you’re negative about men or your ex, your kid is going to figure that out,” says Zola. “It will turn around and bite you later.” Anderson agrees: “I let myself play out a gory fantasy in my head, have a good giggle over it, and then get on with doing what is truly best for my child.”

And if your child’s father is not in the picture, take heart. There are good male role models, if not in your own family, then among the coaches, teachers, and neighbors you know. Zola has befriended a single dad of two; she can depend on him to pick up her son from preschool when she needs to work late, and the two families often get together for playdates.

Having other people involved in your child’s life also gives you a break. Since my ex is gone, I count on Grandpa to pick up my daughter from school every Monday and on Aunt Rebecca to host the occasional slumber party. I use the time to exercise and, yes, to date again.

“The essence of being a good parent is putting your own needs first,” Klungness says. This does not mean compromising your parenting. It does mean keeping yourself as grounded and as stress free as possible so you can give your baby the wonderful childhood he or she deserves.